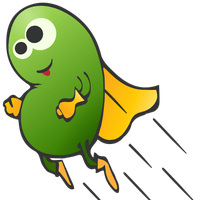 
Alert me daily and when BITB changes ±

Bean Cash (Ticker: BEAN) is a re-brand of the digital currency and network, previously known as BitBean (Ticker: BITB). The BitBean block chain and network began nearly 3 years ago on February 13th., 2015. It was the first crypto-currency to implement a maximum of 20MB block sizes, based on Gavin Andersen's proposals to fix Bitcoin's scalability limitations. BitBean was also the first crypto-currency to pioneer the use of static block rewards in a Proof of Bean (PoB) system -- which now makes energy wasting PoW (Proof of Work) systems, inefficient, expensive and archaic!

CryptoReport has a BitBean Price Ticker widget that can be embedded for free into your website or blog. Use the following code to embed the 300px by 175px widget into your site: